Thank you for Subscribing to Business Management Review Weekly Brief 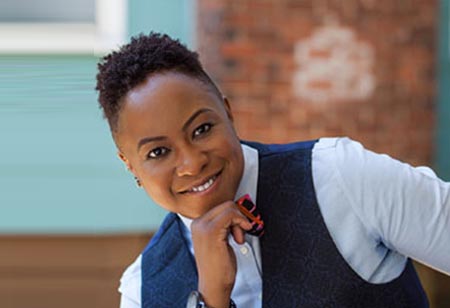 A Lesson in Leadership from the "Lunch Line"

My elementary class had an assigned student who served as the “Lunch Line Leader”. This person’s job was to make sure everyone lined up single file to walk down the hall as we headed to lunch. The rules were simple. Everyone had to walk in a straight line and you could not jump ahead of the person in front of them. The caveat was no one could move until the leader moved. Here is the real key: the person behind the Lunch Line Leader was a leader for the person behind them, and the person behind that individual is the leader for the next person and so on. Even the last person in line led the signal that everyone was ready for their meal.

"Don’t make others go hungry waiting on you!" I learned one of my biggest life lessons from that practice: “If you do not move forward, someone behind you may go hungry!” People often wait for us as leaders to take steps forward and make space so they can take theirs and the next person theirs, and well…you get my point. In 2014, I was challenged to lead the line for women at my company. The challenge came during a car ride with an executive leader at my organization. We began a discussion regarding the lack of women in leadership roles above the restaurant level. This executive, asked my thoughts on why this was the case since the majority of restaurants are managed by women. Unfortunately, this was not reflected in the leadership roles. It is important to note this executive came from an organization where field and corporate leadership was more diverse. I commented that in my opinion, this disparity had a great deal to do with the lack of development for the women while they are working as a front line manager. These women were not exposed to the skills that would make them successful in those leadership roles. His response to me was not that as a lead in the training department we should develop more tools, send people to more workshops, or hire more trainers. Instead he simply said: “You should start a group.” There is saying, “You only complain about things you can do something about.” (you may have to read that statement a few times to really understand it- I did.) When you really think about it, you realize the things we complain about are the things we can take action to change the situation.   I accepted his challenge and created the first Employee Resource Group at the company. This group would focus on the development of women. The mission was to provide women opportunities to be mentored and exposed to skills such as effective communication, coaching, mentoring, and leading up. This would give women the confidence to go after the leadership roles and more importantly, do well in them. The results have included a higher percentage of women in leadership roles. Those participating even shared that they not only have become better restaurant operators, but better people. I remember sitting in on a meeting with a group and one of the managers shared that her son noticed a change in how she communicated with him. Instead of telling him to take out the garbage, she asked if he would assist her in completing the household chores by taking out the garbage. I didn’t realize that there were leaders in the line waiting for me to take my first step so they could lead. My steps created room for them to take theirs into more impactful leadership opportunities. I also realized that taking those steps meant that I had to share my passion, my stories, and more of who I am. I brought myself authentic self into the project and shared with otherswhat I have experienced and learned.  The lesson: Leadership development is not just important for yourself and your immediate reports. Consider those waiting further down the line as well. Whether long or short, we are all waiting in the lunch line. “Don’t make others go hungry waiting on you!”
This content is copyright protected

However, if you would like to share the information in this article, you may use the link below: